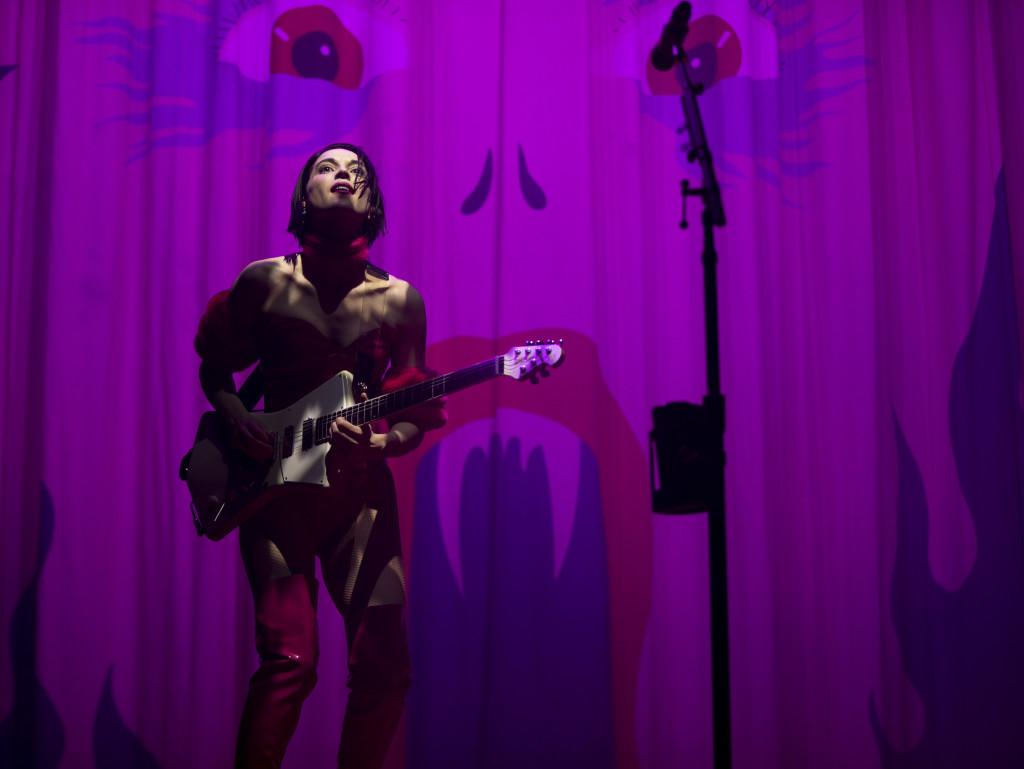 Most bands with an Oklahoma connection don’t hesitate to play it up.

St. Vincent, on the other hand, claims Texas as her home state even though she was born in Tulsa. That’s fine because what’s the real significance of an origin story when your art is rooted in the unordinary?

That doesn’t make her cold or distant. She probably doesn’t talk about Oklahoma all that often or claim us because she’s not feigning an interest for the sake of trying to win people over. After all, she didn’t chose to be born here.

Annie Clark creates her own world, invites brave listeners in and jerks the car forward before you can get a grip on the door handle. It’s pop music that artfully drives donuts around the the confines of rock music.

I had a blast shooting her set in Tulsa. She was kind enough to let photographers capture moments from Act 1 and Act 2 of her set. You can read my full review here.

And my photos from the set are here.