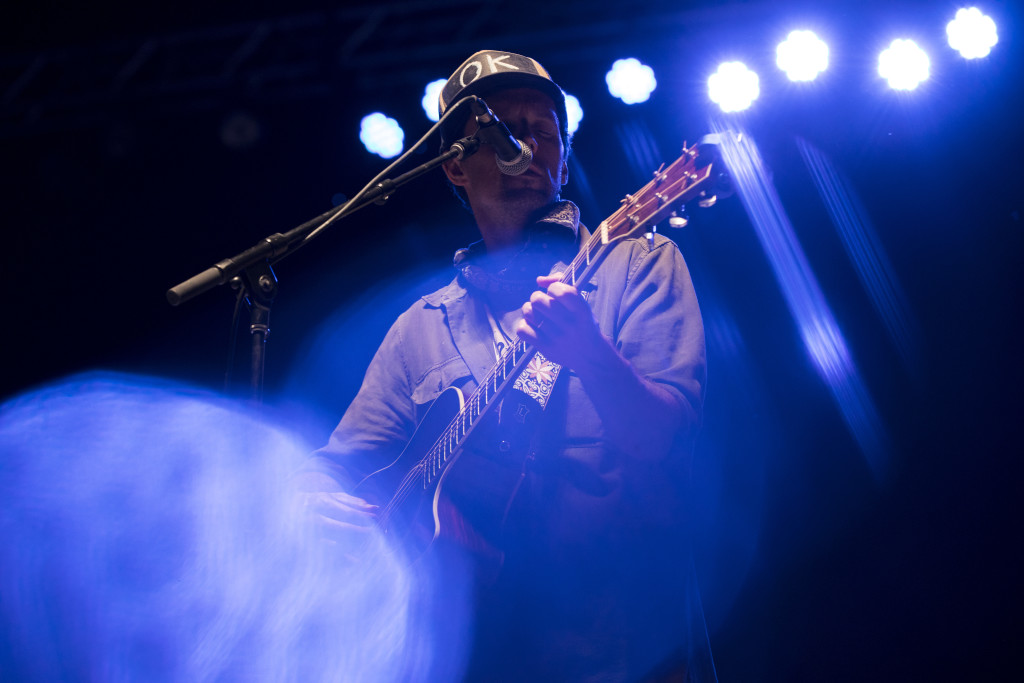 Jason Mraz performing in the Pastures of Plenty at WoodyFest in 2018. [Photos by Nathan Poppe]

The Woody Guthrie Folk Festival is just as much a pilgrimage as it is a celebration of music.

For more than two decades, WoodyFest has honored the folk troubadour’s unyielding impact right in the middle of what feels like the hottest week of the summer. It takes a lot of sweat, tears and lawn chairs for the festival to come together.

A lot of the veteran acts only miss WoodyFest if they’re stranded in another country or if their baby is due. They definitely don’t show up because it’s convenient to drop by Okemah. Rather, musicians convene to celebrate the supernatural songwriting talents of one of the world’s most famous artists. Hell, who knows, some Guthrie magic might still be floating around Okfuskee County. 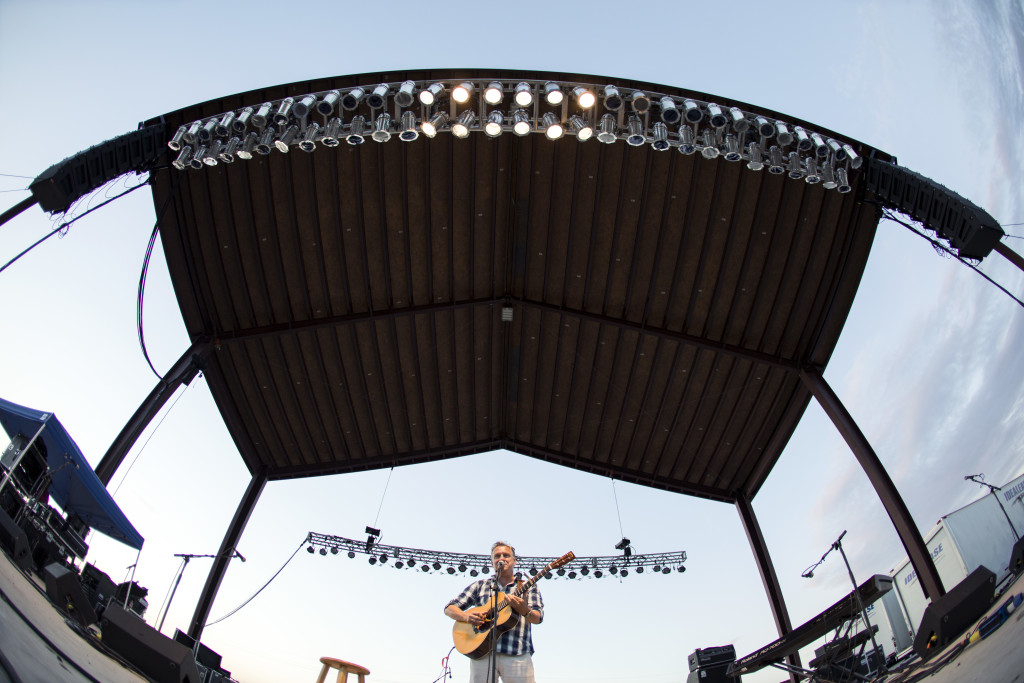 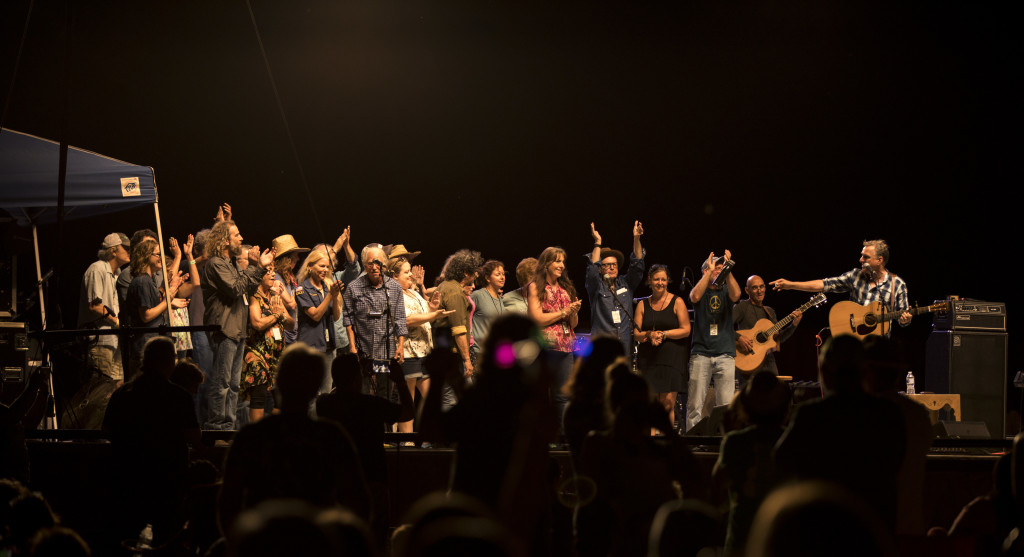 The Pastures of Plenty stage filling up for a rendition of “This Land Is Your Land.”

I first heard a Woody Guthrie song when I was 6 years old, but it wasn’t until I was 18 until I really listened to one. I watched a Bob Dylan documentary and it traced Bob’s creative lineage back to Oklahoma. It’s sorta unbelievable how much talent grows out of this state.

If you don’t mind sweating in a field or sweating in a bar then you should consider making the trek to WoodyFest. I was surprised to learn Jason Mraz did. Turns out he’s neighbors with longtime WoodyFest performer, Joel Rafael. Mraz headlined Friday night and performed a mostly solo set to a field of roughly 500 patrons.

It was far from the comforts of an arena, but he still thrived. Mraz is charming performer with a lot of guitar talent. He capped off the evening after Sam Baker, Ellis Paul and Rafael shared their flavors of folk balladry and storytelling.

I’m still not any better at handling the heat at WoodyFest, but I’d be lying if I didn’t feel something every time I get lost on my way to the headlining stage in the Pastures of Plenty. Wandering the same streets as Woody is sorta humbling.

Who am I to refuse an invitation to the home of folk music?

Check out more of my photos from WoodyFest here.