There’s only one way “Batman: The Animated Series” could get more awesome and that’s brick by brick. Stop motion enthusiasts Kyle Roberts and Nathan Poppe are back with their latest re-imagined ’90s cartoon opening credits. This time they’ve given it a LEGO twist because “The LEGO Batman Movie” hits theaters Feb. 10 and nobody’s looking forward to it more than these nerds.

“I can safely say my childhood wouldn’t have been the same without Batman or LEGO. It only felt natural to see them combined in stop motion heaven,” Poppe said.

“I remember coming home from school almost every day and turning on this show. It’s one of my all time favorites. It was for sure a labor of love recreating this intro,” Roberts says.

It took more than 1,000 photos, 40 hand drawn backgrounds and more than 300 hours of work to complete this stop motion project. Paired with Belgium composer Joris Hermy’s sweeping soundtrack, this tribute is a work of art and a fun, nostalgic trip for Batman fans of all sizes.

Here’s some press the video has received. 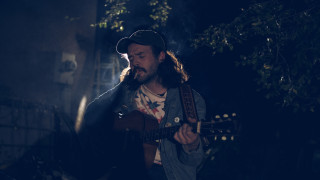